Contrary to common assumption, Cinco de Mayo is not a celebration of Mexican Independence Day. This Mexican national holiday is a celebration of the Mexican victory over the French at the Battle of Puebla on May 5, 1862. A year prior to this battle, president Benito Juarez suspended payments of foreign debts, prompting a French invasion. In the battle, the Mexican army was outnumbered two to one by a superior French army. The victory boosted morale as well as national pride for the Mexican people.

In parts of Mexico, particularly in the town of Puebla, the holiday is celebrated with military reenactments, parades, cultural festivals, dancing, and food. North of the border, celebrations look a little different, but the holiday is still a great excuse to eat delicious Mexican food and drink a margarita or two. Check out the delicious options we have here in Breckenridge. Let this serve as your Cinco de Mayo guide! Stop by one of our restaurants in town and treat yourself to some Mexican cuisine. 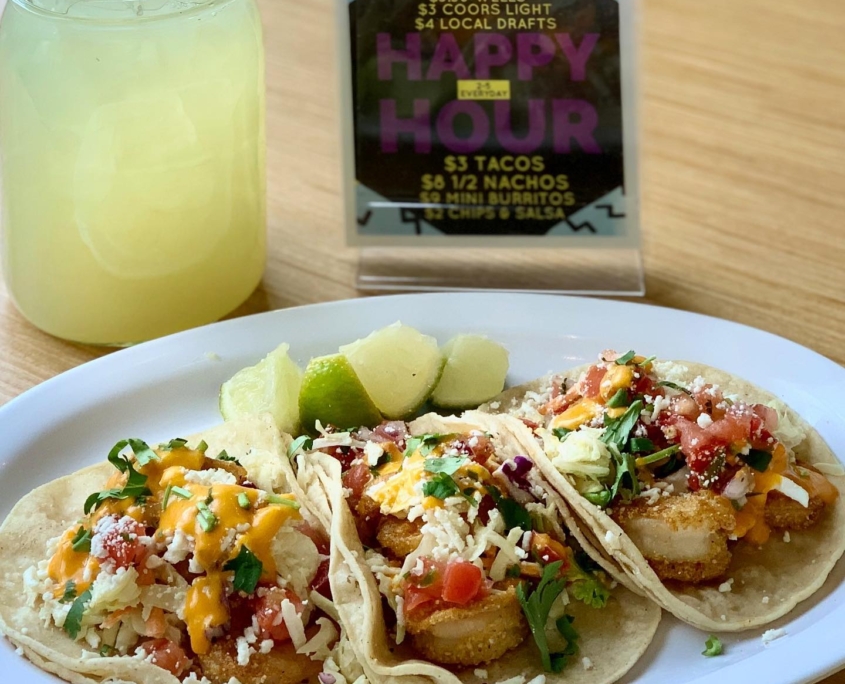 Opened in 2019, Yo Momma’s is the new local favorite! Their menu is varied- tacos, chili rellenos, enchiladas, pambazos-  each item tastier than the last! They serve several slowly marinated protein options such as carne asada, chicken tinga, pork al pastor, and more. Their hot sauces are made in-house and they pack a punch! For an appetizer, try their fried plantain chips with mole or homemade chips with their signature white queso. Yo Momma’s is sure to satisfy your Cinco de Mayo needs! 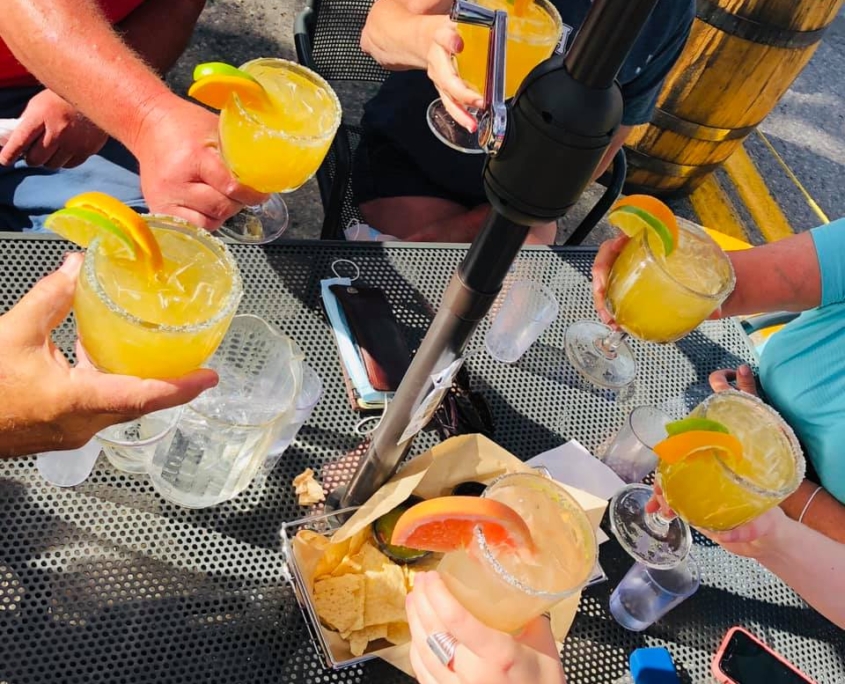 Rita’s is a staple of downtown Breck. Located in the basement level of Kenosha Steakhouse, Rita’s is a cozy, dive-bar-style restaurant and bar serving up specialty margaritas and tacos! Their margaritas are made of fresh-squeezed juices and homemade margarita mix and are self-proclaimed best in Colorado. If you prefer your tequila straight, they have a wide variety of blancos, reposados, anejos, and mezcals to choose from. Try a few- Rita’s offers tequila flights as well! Satisfy your taco craving with their build-your-own tacos. Rita’s would be a fabulous choice for your Cinco de Mayo happy hour! 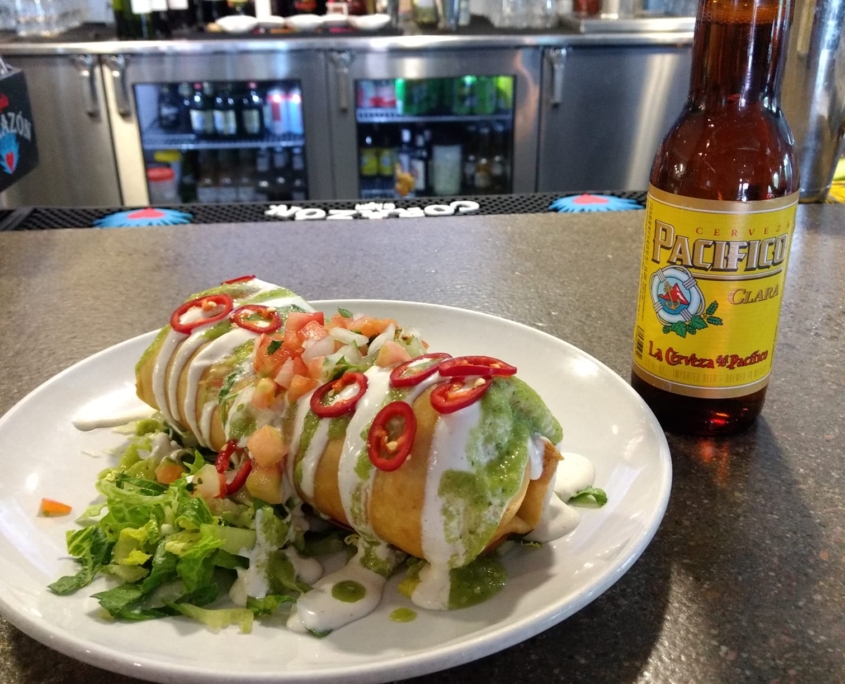 The name says it all, Sancho Tacos & Tequilas specializes in….tacos and tequilas! They’ve got a taco for everyone- impossible, baja shrimp, fried chicken, duck confit, the list goes on and on. Sancho is the place to go for your Cinco de Mayo happy hour. The jalapeno cucumber margarita is a fan favorite. Located downtown, you can enjoy your cocktail or tequila flight in their outdoor seating area with a view of both Main Street and the mountains. 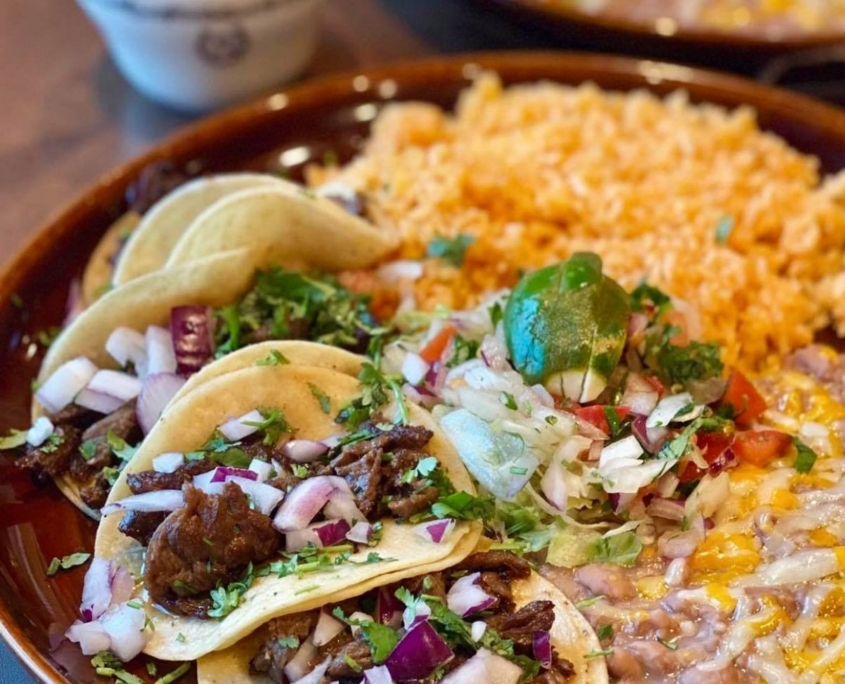 Fiesta Jalisco prides itself on its authentic dishes and traditional recipes straight from Jalisco, Mexico. At Fiesta Jalisco, customers are treated like family! Their menu is truly extensive with dozens and dozens of items to choose from. Pay Fiesta Jalisco a visit this Cinco de Mayo for all of the classics that you know and love. They are located on Main Street near the burro statue. 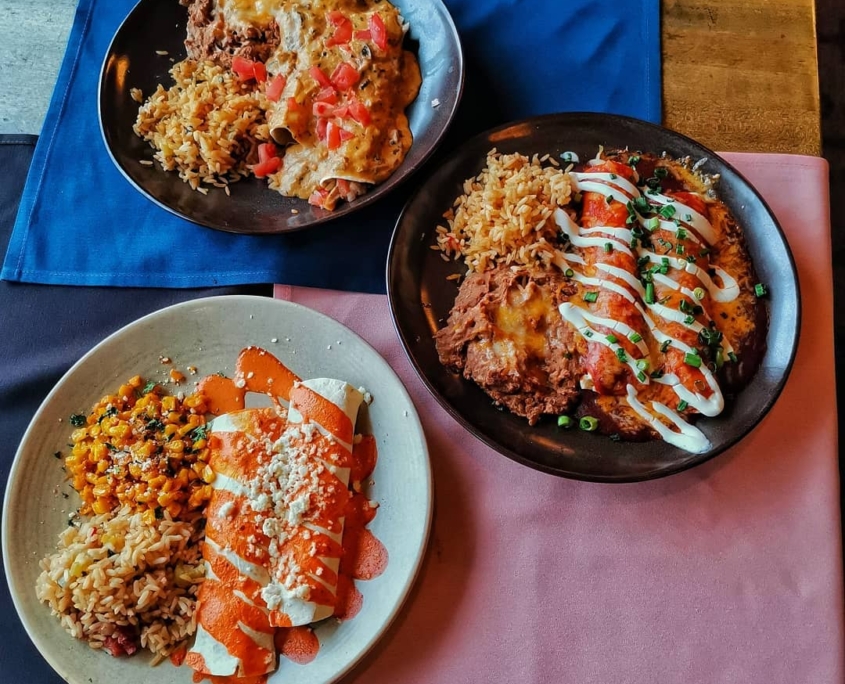 Mi Casa has been providing Breckenridge locals and visitors with delicious Mexican food for over four decades and for good reason! Their food is prepared with care from scratch using the freshest ingredients possible. Their menu has classics such as queso fundido, fajitas, chimichangas, and more, but they also include some unique twists like duck mango quesadilla and rocky mountain elk tacos. Their margarita menu doesn’t shy away from innovation either with options such as watermelon, cucumber serrano, and avocado pineapple. 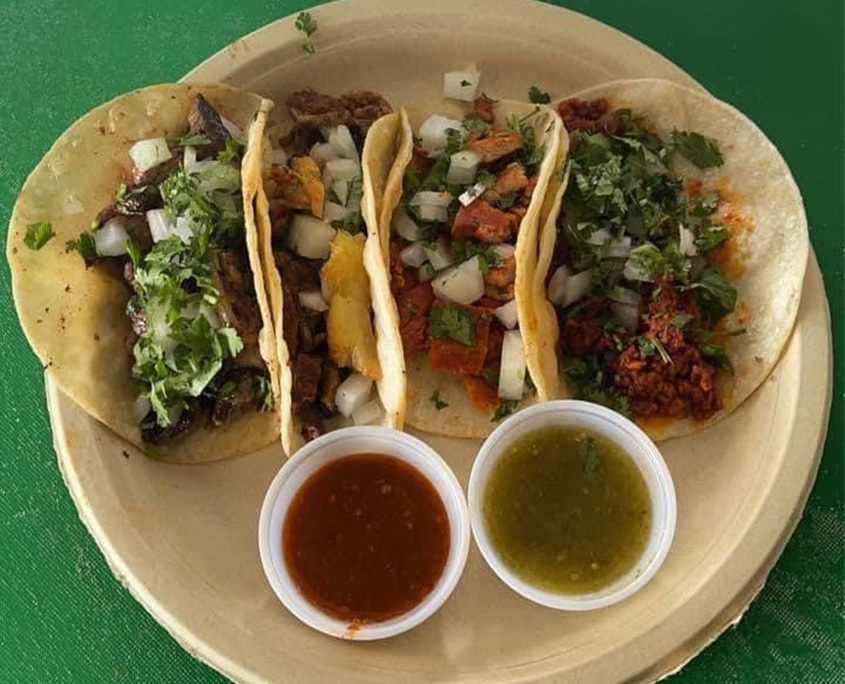 Oaxacan Bites is located at the North end of Main Street, in the yellow taco stand! Oaxacan Bites features many taco truck favorites such as tacos, burritos, and quesadillas. The stand sells dishes popular and traditional in Oaxaca, Mexico. One such dish is called tlayuda, which is a thin tostada topped with beans, cheese, vegetables, cabbage, avocado, and meat. For a taste of classic Mexican foods, give them a try this Cinco de Mayo!