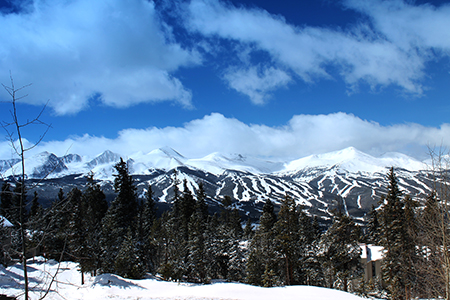 March was a month full of change; it started off dry and sunny and ended with feet of fresh powder. Gold Point also saw a major change with a new general manager appointed. Lindsay Reinwand will begin her journey as part of the Breckenridge Grand Vacations family and new leader of Gold Point Resort. Lindsey brings years of management experience with her, and we are excited to see where she will take Gold Point. Josh Stuhr has been appointed general manager of Grand Timber Lodge, so while not at Gold Point, he is still part of the BGV family.

April will bring the ski hill to a close, and Breckenridge Spring Fever will be taking place. Peak 8 will turn into a concert venue, host competitions and be where all the action is! For a full concert lineup and competition details, go here. While the mountain will not officially close until April 24, the closing day party will be on April 17. Make sure to book some last-minute reservations or come up for the day; this is a party not to miss.

In and around Gold Point Resort, here are a few things we have been up to: 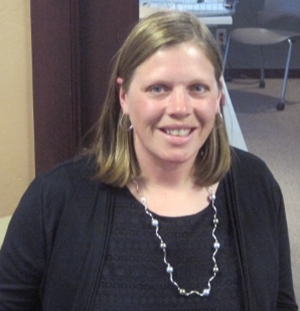 Lindsay grew up in Linden, Michigan. She attended Michigan State University and studied hospitality business. The combination of family ski vacations and a college internship in Aspen would culminate to a move to Colorado in 2001. Lindsay had fallen in love with the Colorado weather and activities and wanted to work in a resort setting.

The majority of Lindsay’s career has been in resort operations. Her first internship in college was at a resort in Ohio. Upon her move to Colorado she spent time working in Keystone and has spent the last 10 years working in Breckenridge. During that time she was the general manager at Mountain Thunder Lodge and the Village at Breckenridge. Throughout her time in resort operations, she has had the opportunity to open new properties and improve older properties.

When Lindsay isn’t working, she is spending time with her 1 ½-year-old son and husband. Her favorite activities are camping, hiking, biking, skiing and snowboarding. She loves being outdoors, cheering on the Spartans and traveling.

Lindsay is excited to be part of the Breckenridge Grand Vacations family and is looking forward to building relationships with the current team and homeowners. She is excited to be at a property that has a great reputation and to continue to build upon Gold Point’s previous success.